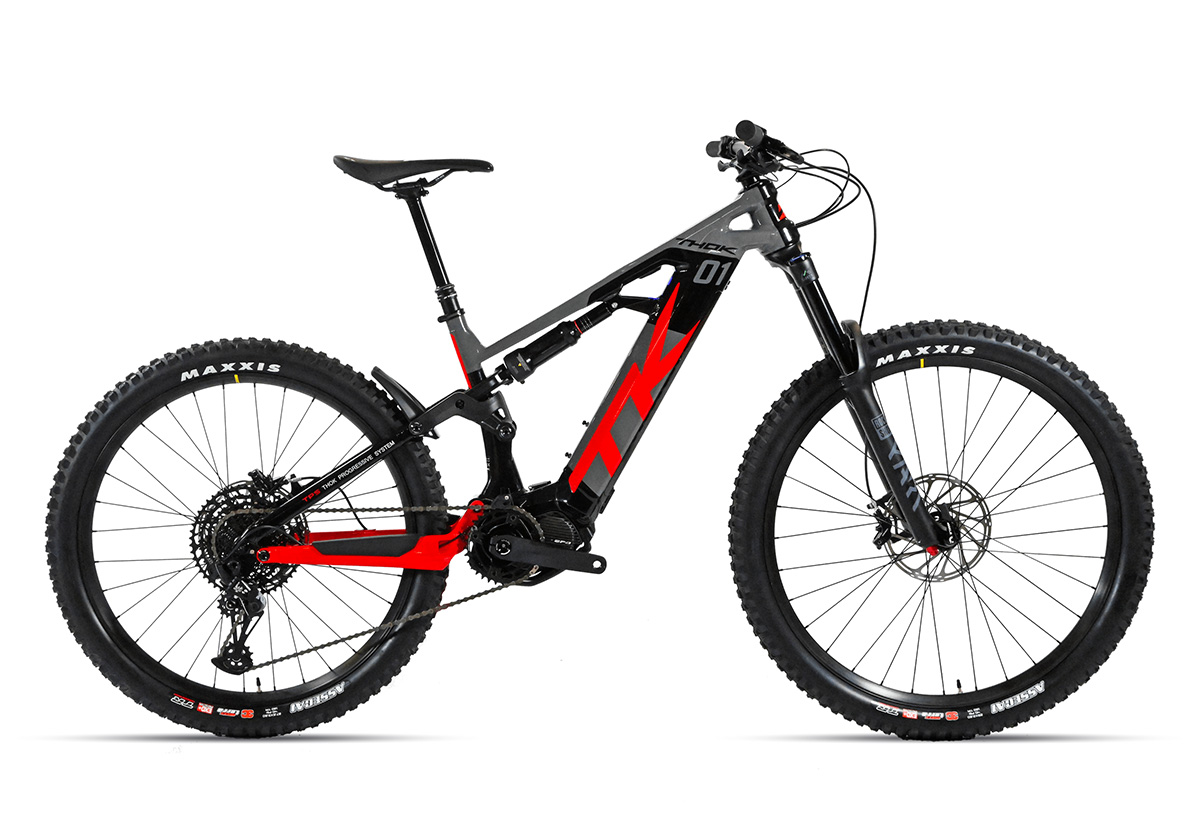 The “Precise Front End” for head tube tapered 1.8 marks an epochal change in the steering area of E-MTBs.

Rest assured that each bike is fully built, tested & tuned by The Cycle Agents fully qualified bike mechanic, to ensure every bike we sell is handed over in perfect condition. 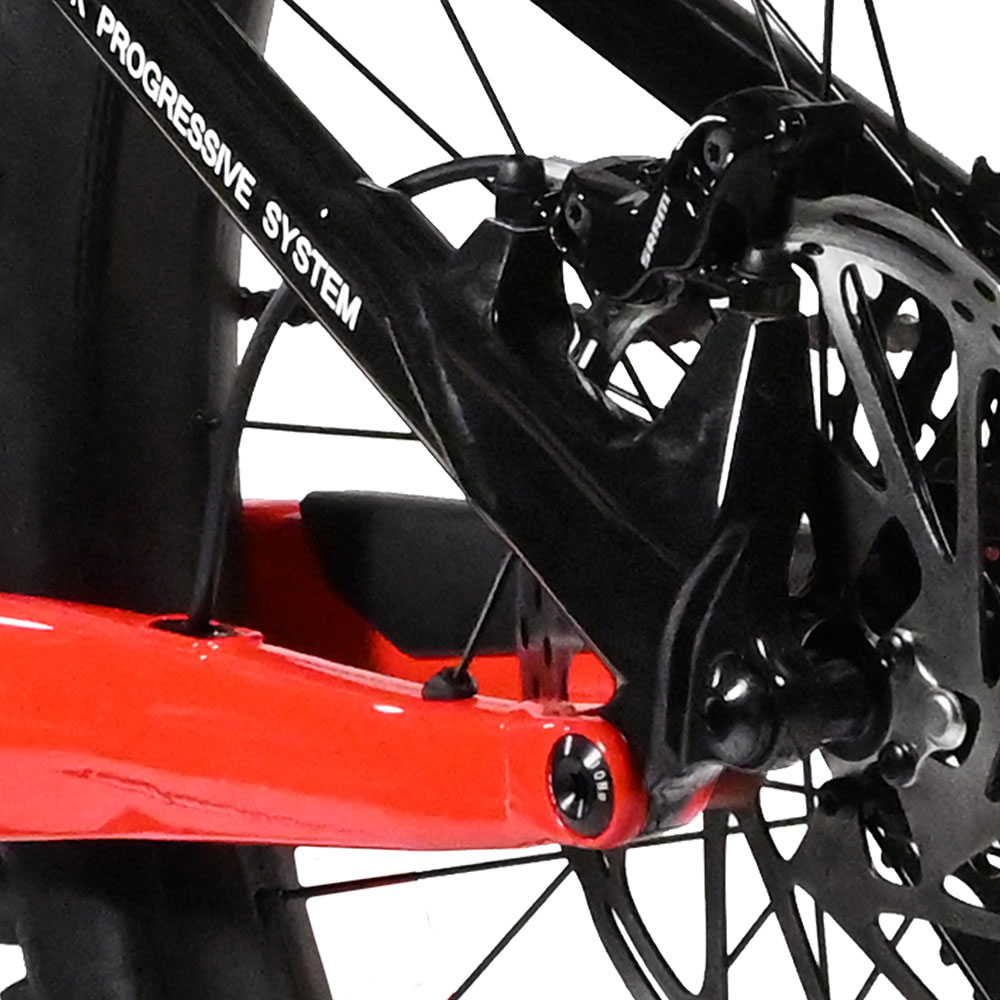 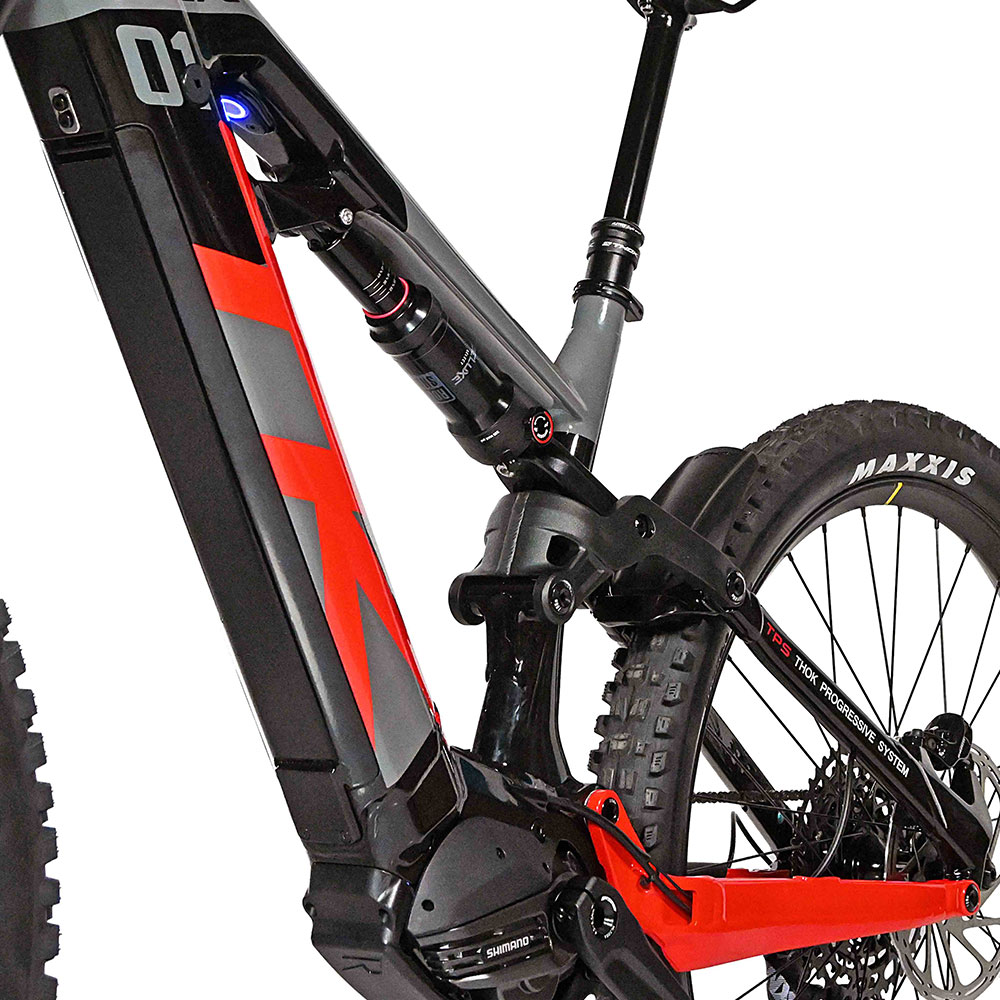 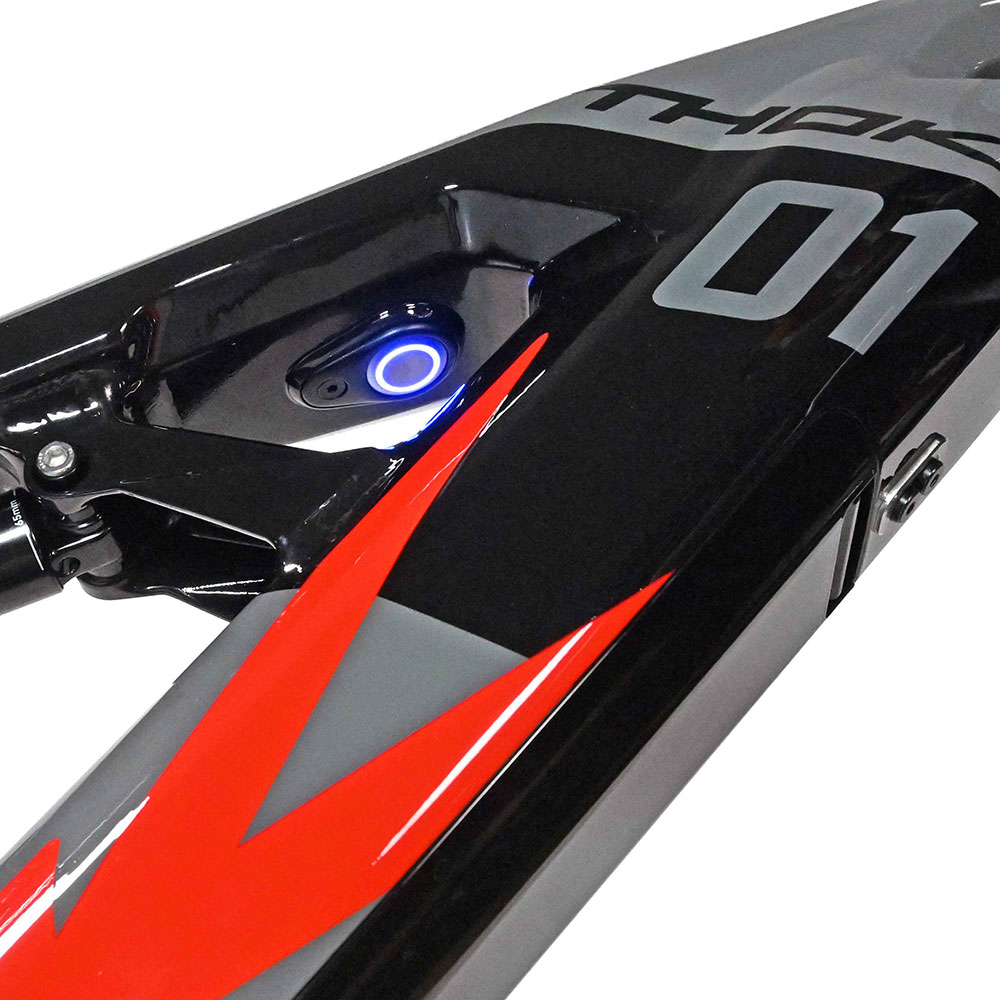 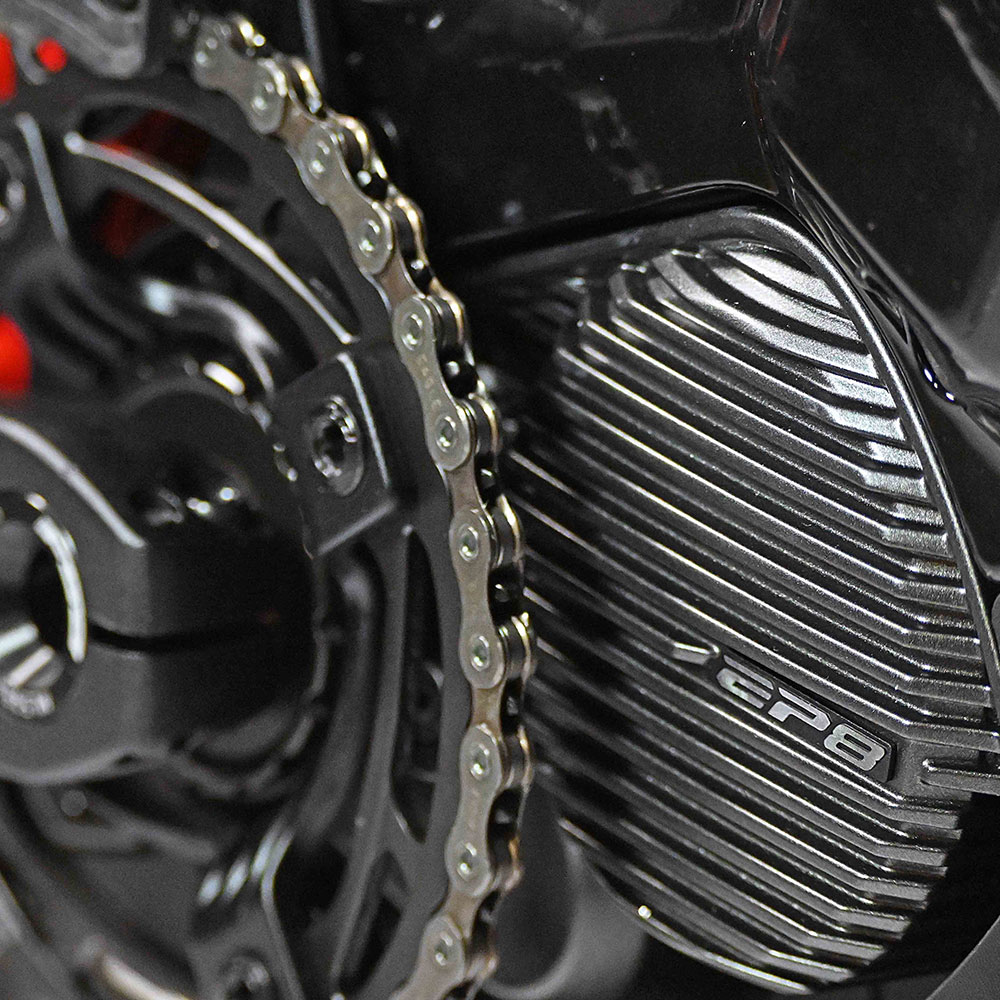 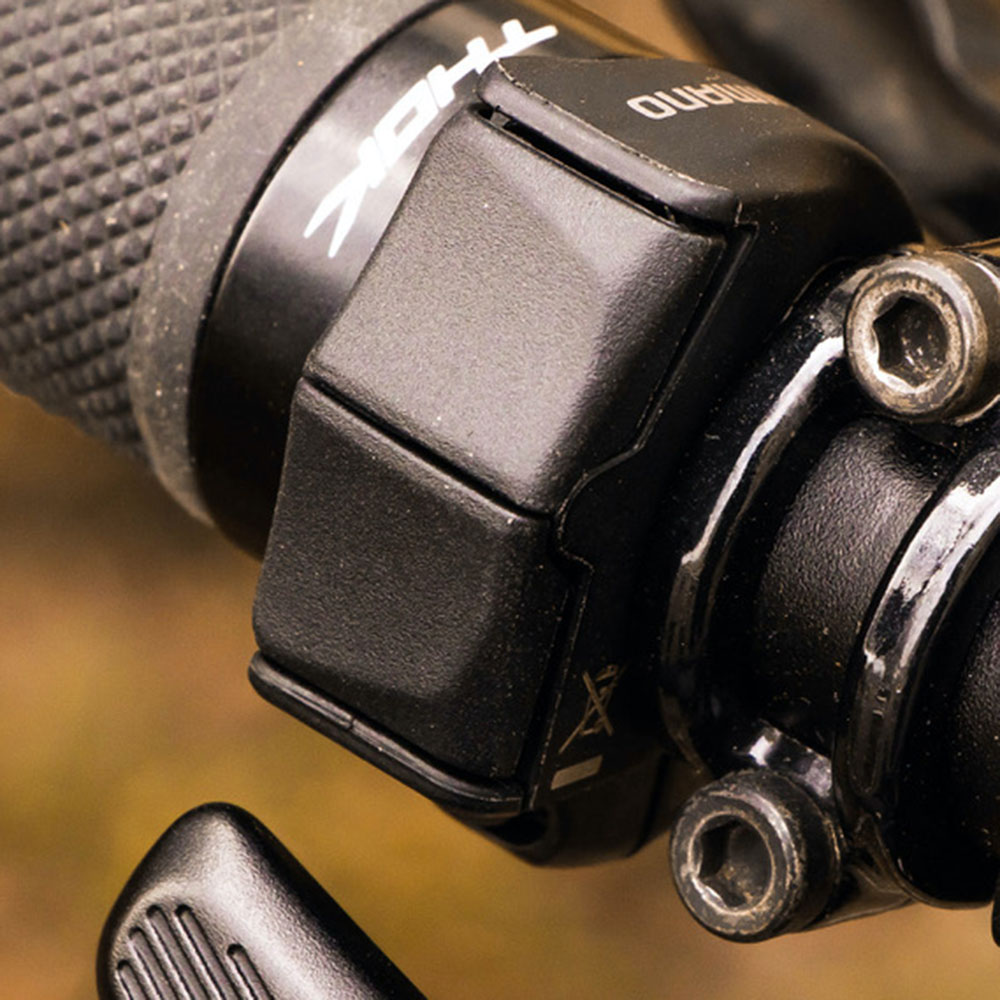 Product Details for the

I picked up the Thok TK01 on a Saturday Afternoon in late October 2021. Simon walked me through the differences an e-MTB has over a ‘normal’ Mountain bike, then helped me load it onto my bike carrier - the car sagged a little, but all was well.

I decided a little pre-test ride was in order to ensure everything was right for the proper Sunday full-test. With no particular route in mind, I headed out. 15 miles and 318 meters of climbing later (all in Boost mode, because why wouldn’t you!) I arrived home and had the answer… Yep, the TK01 is pretty well sorted.

Is it too much for my local trails? Maybe. But when I did hit the hills it certainly was a blast. I even rode up Windmill Hill a couple of times, trying to find the steepest route, just to see if I could deplete the battery beyond the one bar I’d lost in the last 14 miles. Nope.

Sunday morning arrived with bright sunshine to help make the next 32 miles of test riding even more enjoyable. I hit the trails, a mix of hard-packed single-track, cinder cycleways and occasional tarmac to link things up. Not the gnarly-est of routes, but I wanted to experience the TK01 on the type of things I’d normally ride on my unassisted Santacruz Tallboy.

Saturday’s test had proved that ‘range anxiety’ wouldn’t be an issue (I charged the bike overnight to be assured of a full battery for the day) but decided to leave ‘Boost’ for the couple of occasions where I knew I’d benefit from the extra, erm, boost! I chose ‘Trail’ mode, as this provides the perfect amount of assistance dependent on your input through the pedals. All easily optioned via the handlebar mounted switch, with data feedback via the discrete Shimano LCD display.

The bike certainly felt solid and well planted, the Maxis tyres biting for grip on the occasions they were called upon, but free rolling when on tarmac or cinder cycleway. Gear changes were rapid and smooth and the brakes felt very progressive, proving that my own are in need of a bleed. The Rockshox Yari fork was playful but didn’t interfere with progress when pressing on, offering a nice balance of bump suppression without the sea-sick inducing yaw a bigger travel fork can sometimes provide. Rear shock travel, again provided by Rockshox, was the same. There when needed, but not interfering with pedal strokes when pressing on.

32 miles and 540 meters of climbing later, the ride came to an end, with just two of the five battery bars depleted. This thing could do it all again… and with the assistance, so could I (there’s a first!)

Great looks - everyone I rode with today admired the TK01, offering very positive comments about the overall look of the bike - you’d be proud of this bike at the pub!

Great motor - the Shimano Steps motor does suffer from a well documented rattle on the downhills, but when called upon, it’s probably one of the quietists out there at the moment.

Great package - at the price point, there’s nothing that come close to the Thok TK01, or the TK01R for that matter (which adds upgraded componentry throughout).

In a heart beat if I could honestly say to myself… ‘That’s for the high days and holidays, ride the TallBoy locally.” But that would be like opening your garage door and asking, ( should I be so lucky )… Shall I take the Porsche, or the Volvo today? Both perfectly capable… but you know you’d take the Porsche!

But point that Thok at a Welsh Mountain or a Derbyshire Dale and you'd be game on for some grin inducing saddle time.

Huge thanks to Simon at The Cycle Agents for providing a whole morning of E-MTB fun.

After hearing about The Cycle Agents and the range of e-bikes on offer, I was interested in learning a bit more about the Thok range. I visited the showroom in Queen Street, where they explained the ins and outs of the bikes and offered me a test ride on the TK01.

Well, what a machine the Thok is! I collected the bike as arranged on the Saturday morning, noting that the weather was horrendous, raining, and windy, meaning that the trail conditions would be tough. At this point I was thinking I might leave the riding until the following day, but as I had all my gear on, I thought I would just take it for a short spin to get the feel of it.

That short spin turned in to a 20-mile loop of fun! I soon forgot about the terrible conditions as the TK01 easily took me up the steepest local off-road trails and ploughed through the mud with great control and power. I really enjoyed the ride and cannot fault the TK01 in any way, it made what could have been a miserable experience on a standard mountain bike, just a load of fun on the e-bike. I would recommend the Thok TK01 as an e-mountain bike, not just because it looks great, but it can really do the job so well.

A big thank you to Simon and Josh at The Cycle Agents.

These guys are great and genuine “bike people”. I’ve been considering an eMTB for sometime but the ability to test ride this bike with such good service was fantastic.

The THOK TK01 was awesome. I found the riding modes really flexible and the bike very comfortable on and off the road. The model I rode had the standard high spec and was extremely planted off road, particularly downhill.

I would recommend the bike and TCA highly.

OTHER BIKES IN THe 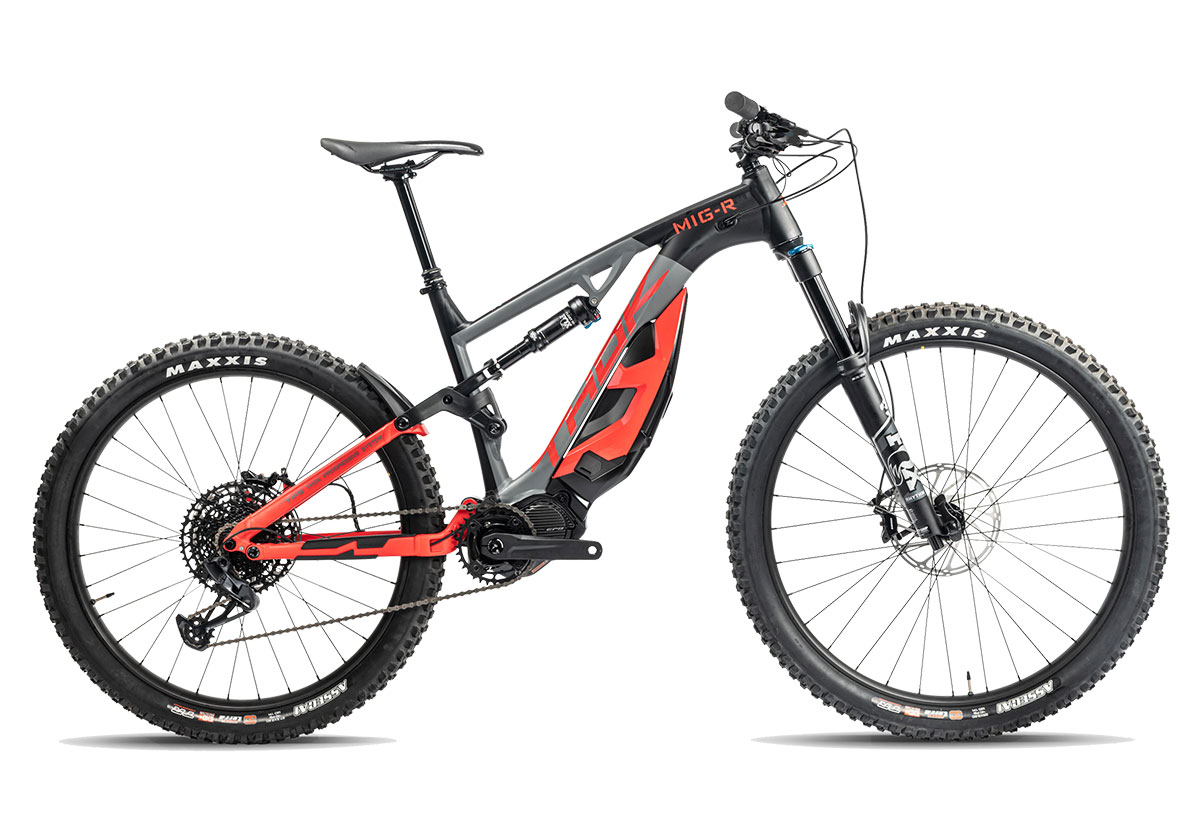 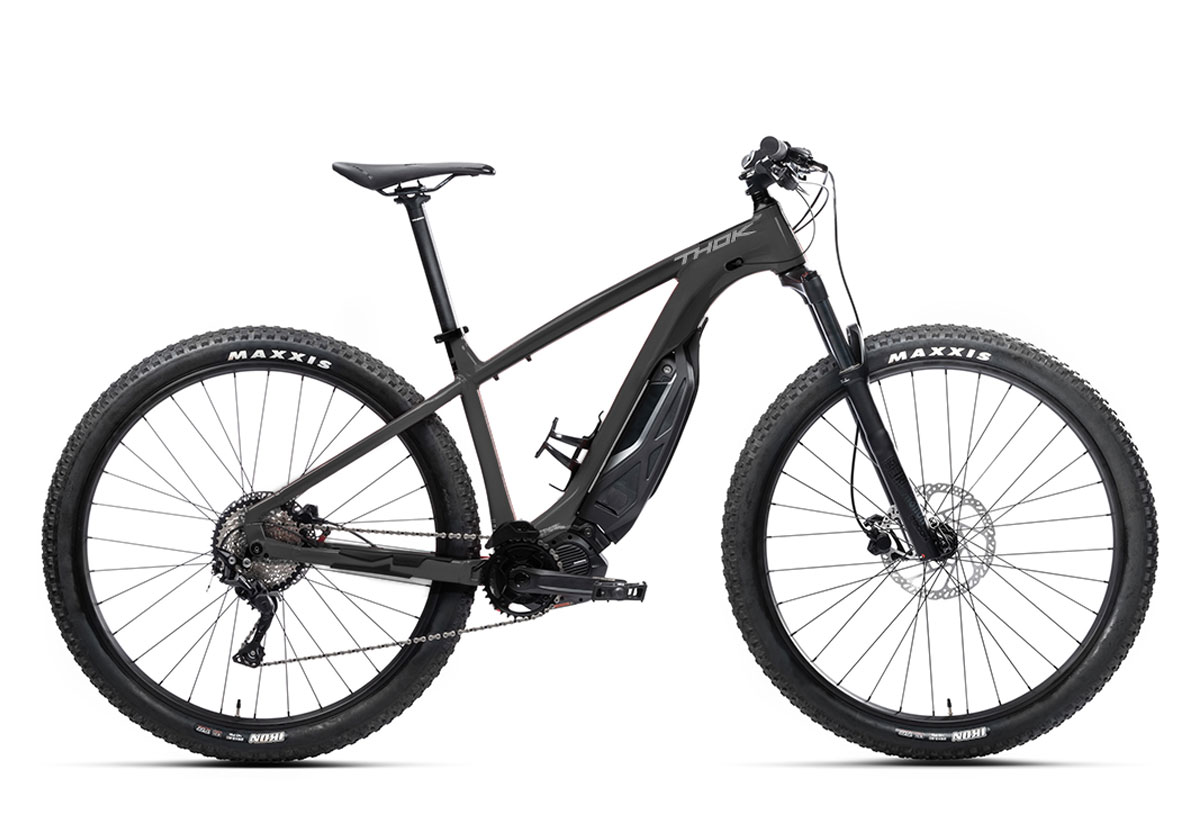 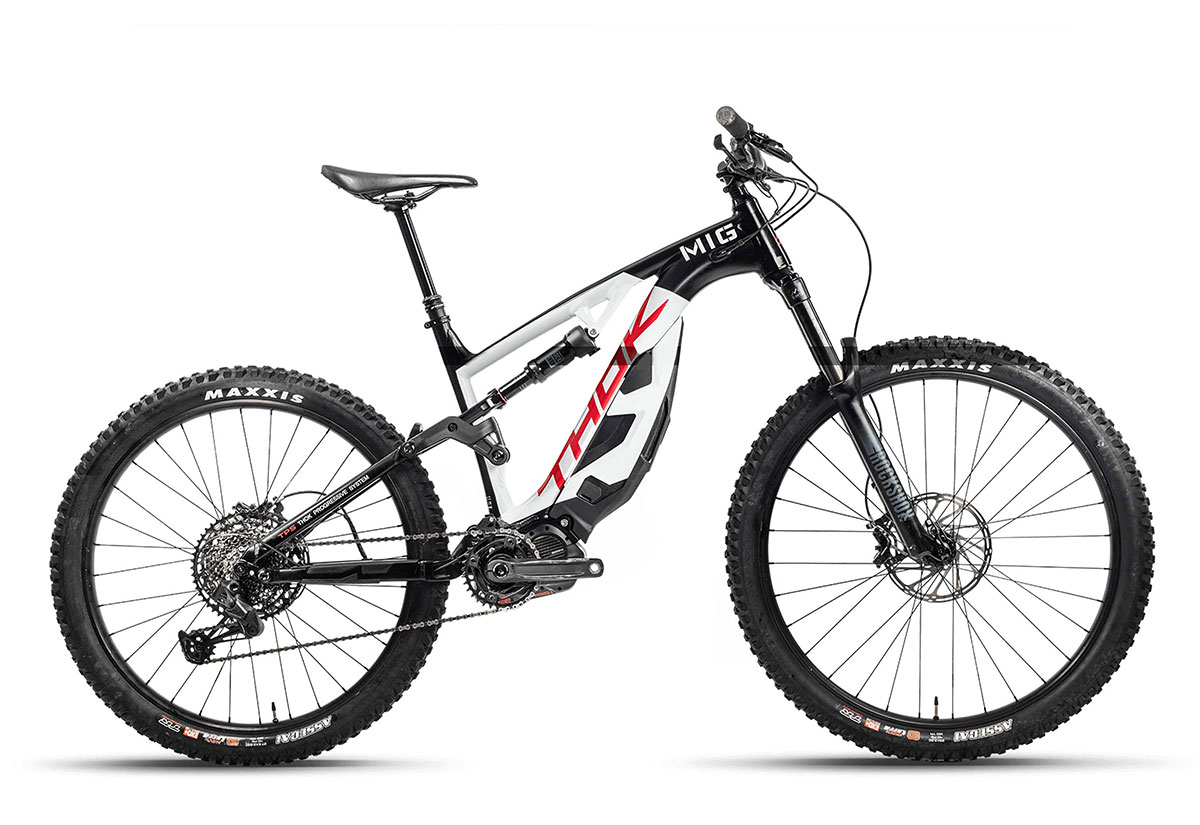 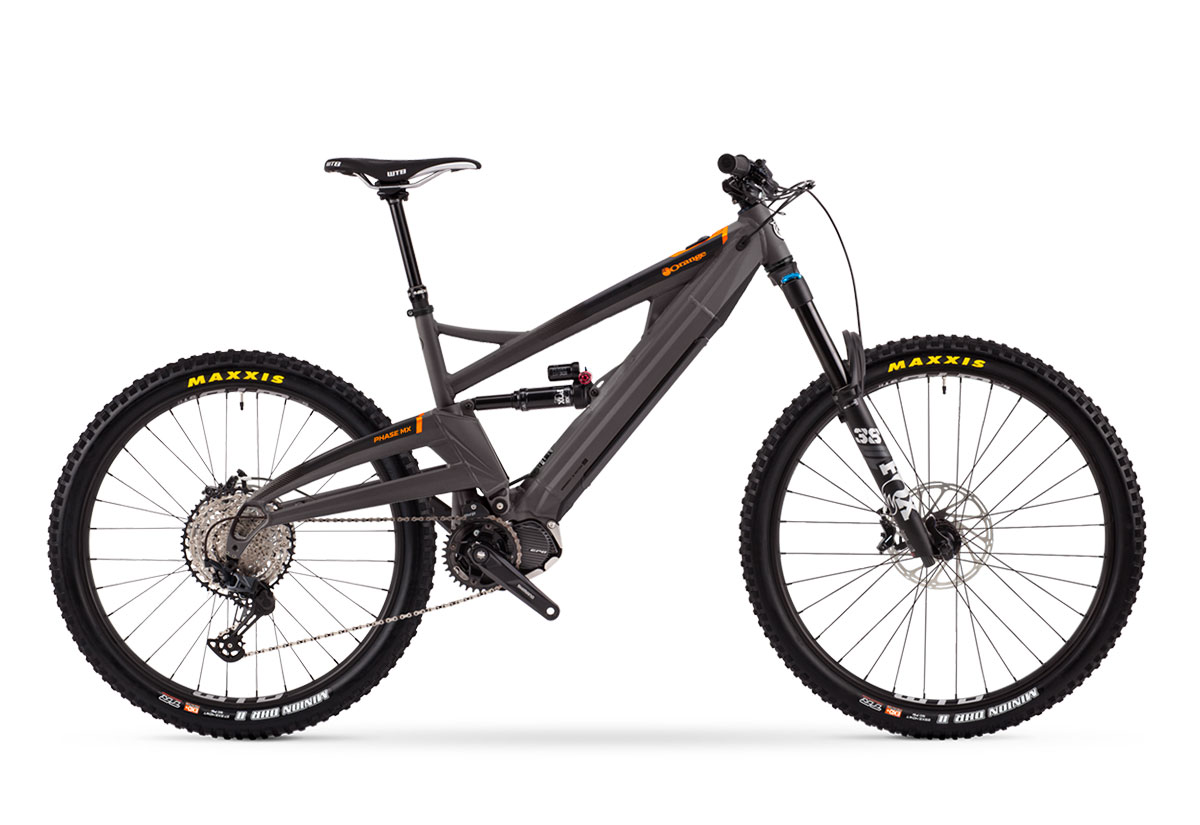 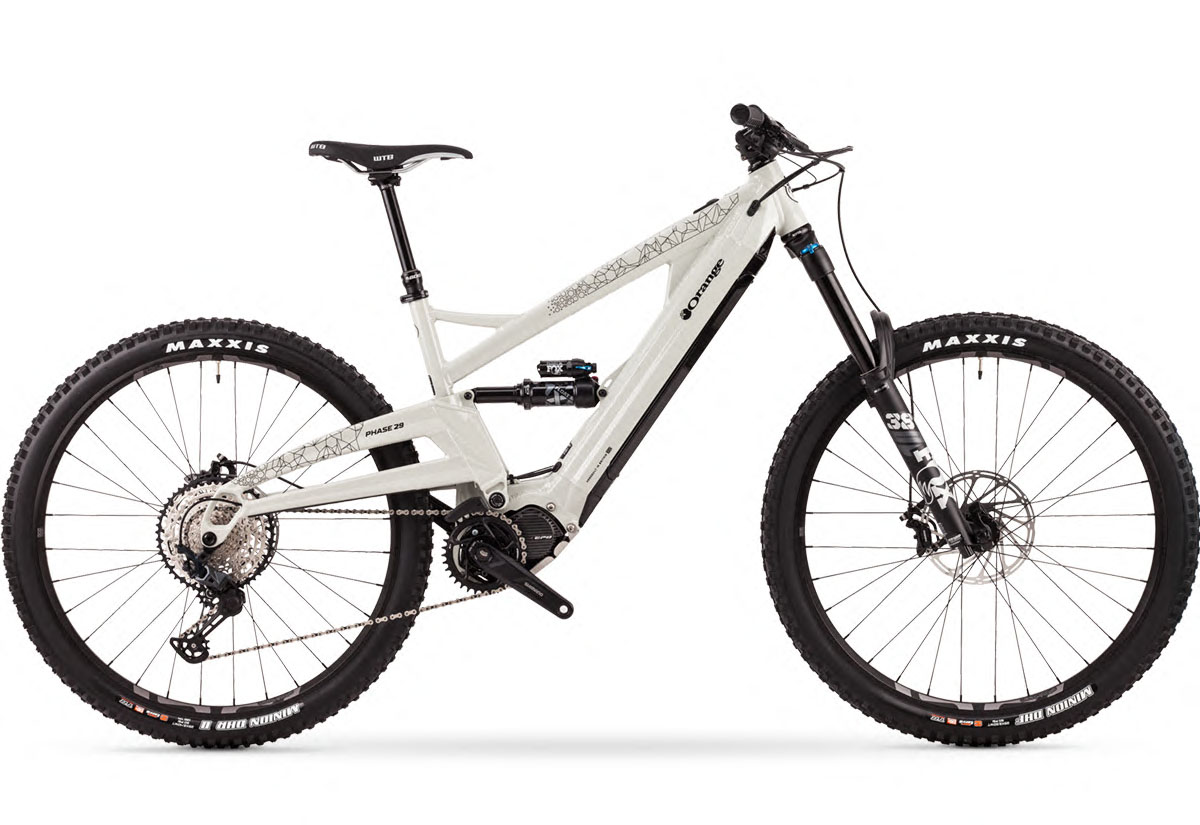 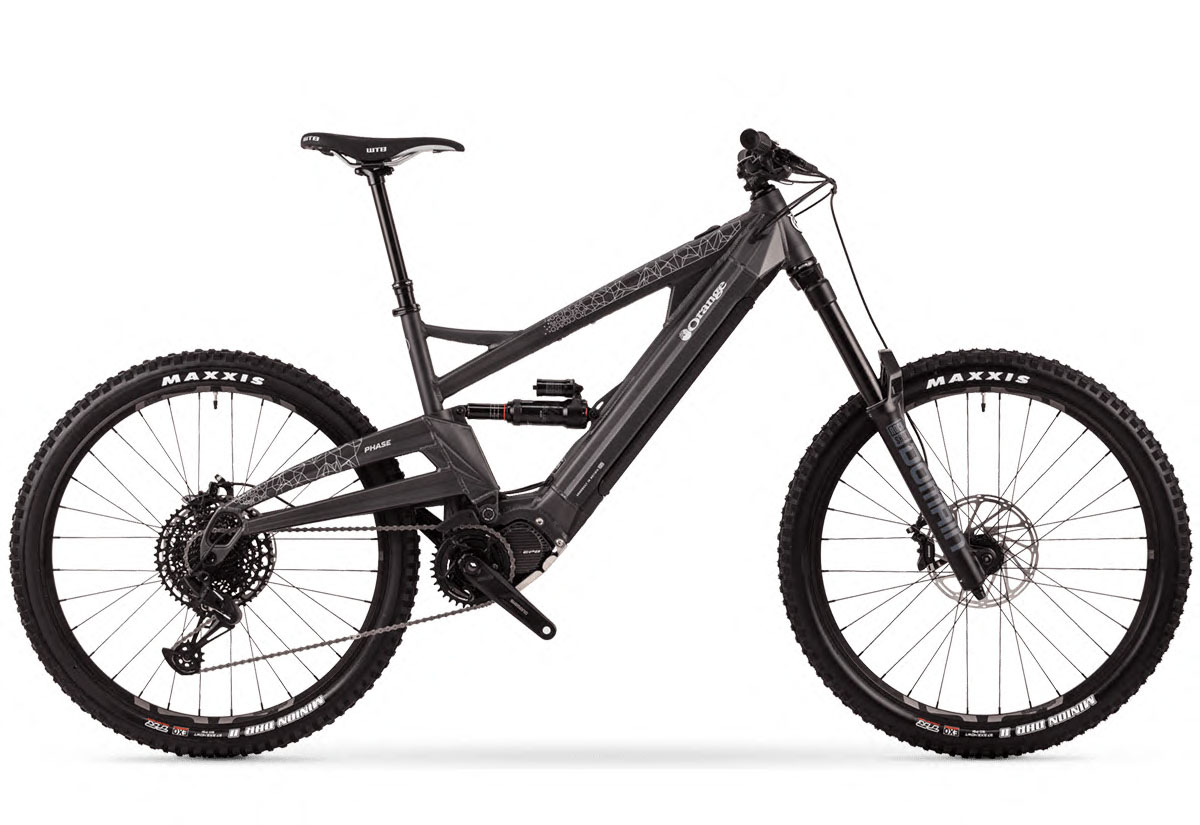 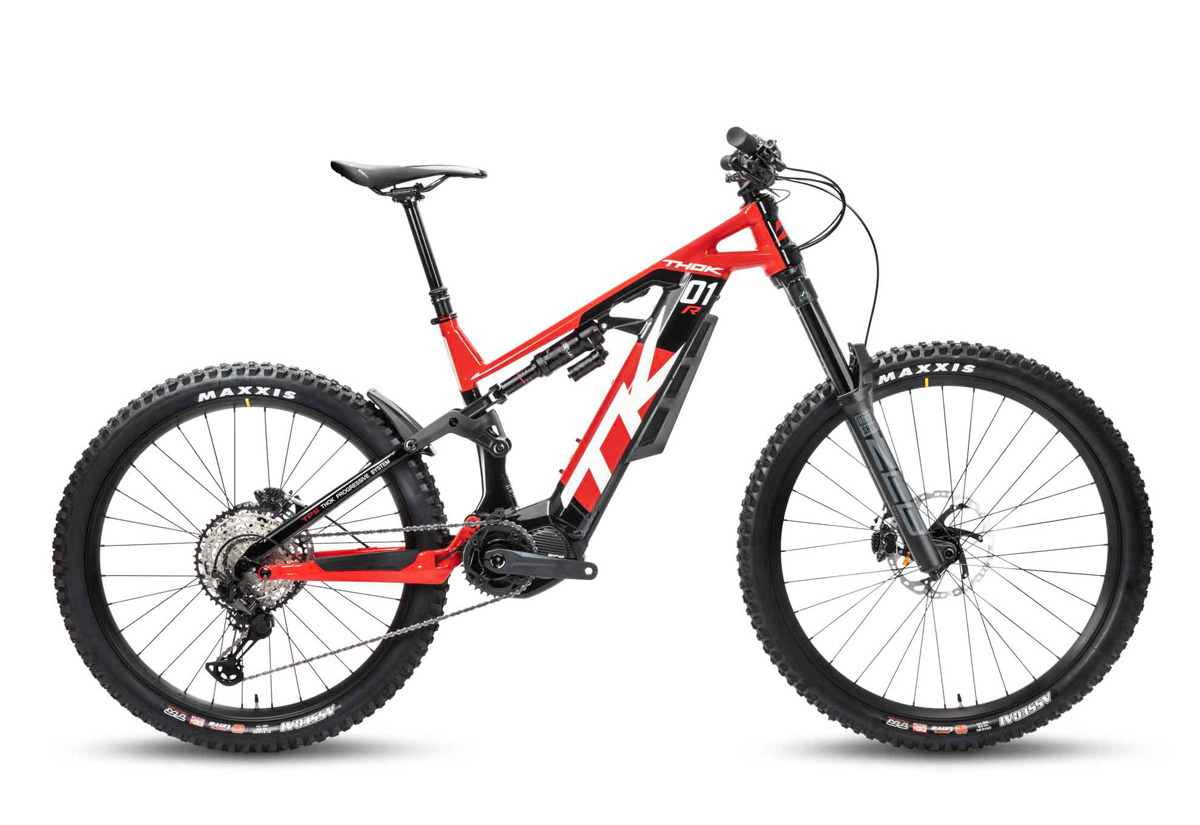 WHY CHOOSE THE CYCLE AGENTS?

We've got lots of history...

We started our Sports, Prestige & Classic car dealership in 2010, with a piece of paper and three key values, which all still remain today and will continue through to The Cycle Agents...

We offer you peace of mind...

Whether buying yourself a new bike or a used one, the level of service and peace of mind you receive should be the same, so that’s exactly what we are going to do!...

We make things easier for you...

Spending money should be easy and enjoyable, which is not necessarily the case in most instances, so we aim to make that a priority. By offering many flexible options....

Buying, is just the beginning...

A long term relationship is a our aim and to that end we will include a number of “KEEP IN TOUCH” options for all our clients, whether it be, just let me know when my service...

Your current bike, car, caravan, motorhome or motorbike - if it has a value, we'll consider it for part exchange.

Pay half now and half in 18 months time. Interest FREE!

The Cycle Agents are a licensed credit broker, regulated by the Financial Conduct Authority.

All new bikes financed with Santander will receive 3 months of FREE Bicycle Insurance provided by LAKA.

The Cycle Agents are approved with following Cycle Purchase Schemes: 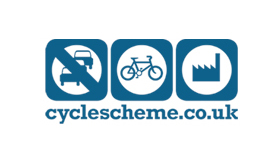 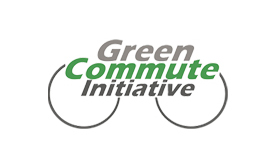 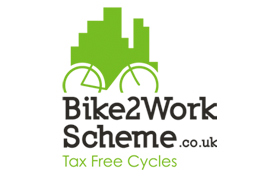 The Green Commute Initiative, Cyclescheme and the Bike2Work Scheme all offer assistance in the purchase of a NEW bike.

To find out more about either scheme, please click on the logo.

A Member of the